From 22 March to 2 September 2018, the Musée des Arts Décoratifs is hosting the exhibition “Margiela, les années Hermès” originally devised by the ModeMuseum (MoMu) in collaboration with Martin Margiela and presented in antwerp in 2017. This unprecedented project highlights a collaboration between Hermès and the belgian designer, from 1997 to 2003, that was as surprising as it was fertile. 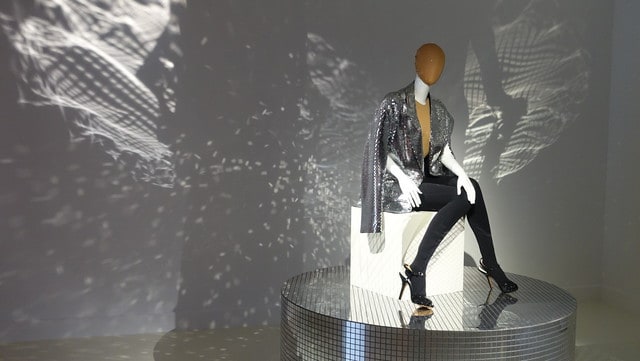 This tribute to Martin Margiela provides the first ever opportunity in France to exhibit his women’s ready-to-wear collections for the famous parisian house in contrast with his own creations under his eponymous label. The interplay of 120 accessorised silhouettes that move between innovative deconstruction and timeless luxury, offers an understanding of and an insight into Martin Margiela’s very personal approach. The fashion designer’s two worlds thus provide the starting point for the “Margiela, les années Hermès” exhibition, for which the artistic direction is to be undertaken by Martin Margiela himself.

In October 1997, when Jean-Louis Dumas, who was Chairman and Artistic Director of Hermès at the time, asked Martin Margiela to design the women’s ready-to-wear collections, Margiela had already been regarded as one of the most influential avant-garde figures in the field for nearly a decade. It was nonetheless a daring choice, breaking with trends in the world of fashion, which was more inclined to take on “star” stylists. Hermès caused quite a stir by enlisting this iconoclastic designer, whose very face was unknown to most. He has, moreover, never given a single interview. From 1997 to 2003, supported by the expertise of the Hermès studio and its workshops, whose values he shares, Martin Margiela instilled a consistent and profound vision of contemporary luxury through twelve consecutive collections. 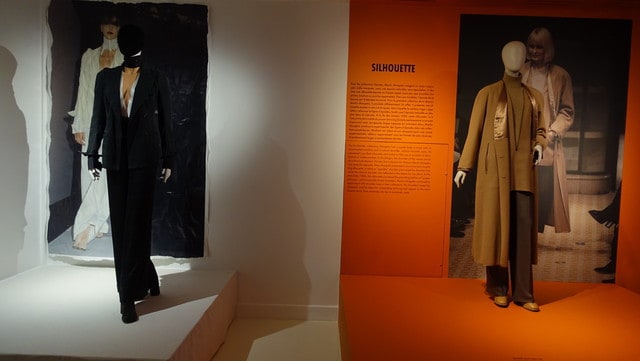 Considered to be one of the most atypical and inscrutable designers of his generation, Martin Margiela is one of the few to have radically shaken up and reinvented the world of fashion. After founding his own brand, the Maison Martin Margiela, in 1988, he decided from the outset to make anonymity one of his fundamental characteristics, refusing to allow his name to appear on his designs; a simple white label sewn on with four stitches became his emblem.

The famous “Meudon white” was chosen as his hallmark for fashion shows and attire for his staff, who all wore identical, immaculate white coats. Martin Margiela’s work subsequently evolved against the flow of the label-obsessed era of standardisation which was already looming large. He sparked surprise with his constructed-deconstructed cuts, oversized shapes, recycled materials and monochrome fabrics that emphasised the artisanal aspect of his designs. 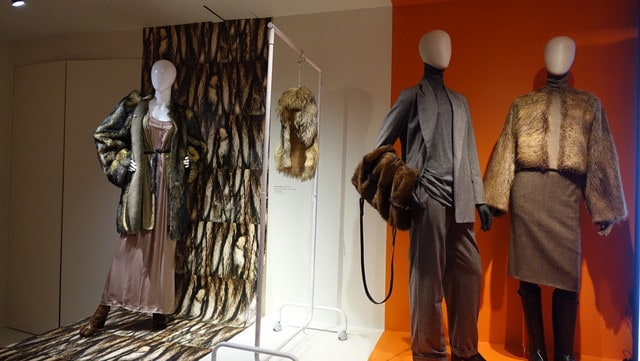 Comfort, timelessness, sensuality and authenticity are the key words which define his vision of the Hermès woman, combined with a pared-down style. He imposed a new range of understated, monochrome colours which broke away from the colourful world of Hermès prints and astonished the press.

On entering the exhibition, visitors immediately discover two distinct styles that reveal a fascinating dialogue between the clothes designed by Margiela for Hermès and those created for his own maison. The display features a succession of themed sequences with over 100 outfits, photographs and short films in a circuit in which Hermès orange interacts with the white of the Maison Martin Margiela.

This helps visitors to understand the creative process that navigates seamlessly between the two houses and their identities. Recent films present contemporary images of women who modelled in his fashion shows twenty years ago. This is the first time that the Musée des Arts Décoratifs has taken a close look at a major chapter in the history of fashion, where a designer divided his attentions between collaborating with other houses and his own. 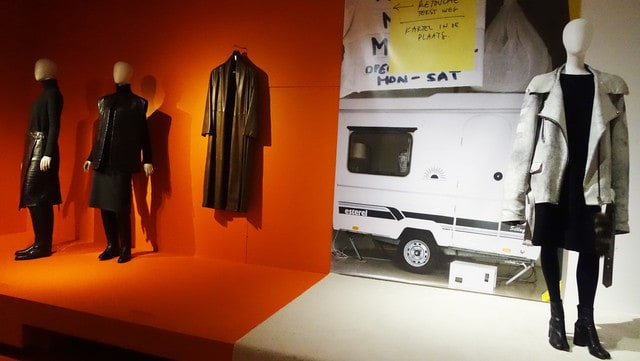 Conceptual and subversive, Martin Margiela challenged the very nature of the fashion system at the end of the 1980s, and his designs have left their mark even today on the world of contemporary fashion: an avant-garde form based on deconstruction and the recycling and reclamation of materials. He introduced a purity of cut and colour to Hermès, making use of the Parisian saddler’s exceptional materials and drawing on a large number of innovative techniques. The exhibition at the Musée des Arts Décoratifs pays tribute to this major figure in the world of fashion. 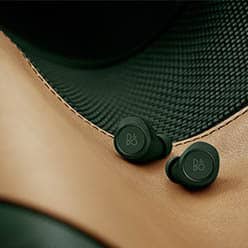 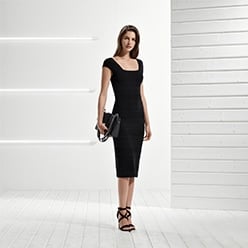